One weekend in April the weather forecast was for sun and a light breeze up in Tahoe, so momma took us up to play around on the east shore for the day.

She had thought about bringing a paddleboard, but the forecast was for a bit more breeze than we usually are willing to tolerate during the cold(er) water months. It turned out that the wind forecast was not quite right, and it would have been the most PERFECT SUP day we’d seen in months. 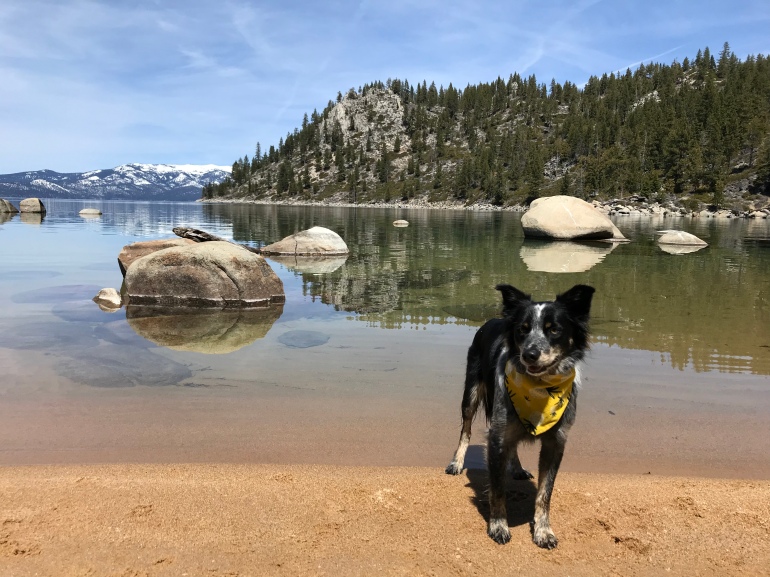 But alas, we blew it! See how annoyed I am about it? Momma was practically beating kicking herself for not at least bringing the inflatable SUP!

A few days later, our schedule was clear and the forecast looked very similar. A chance for a breeze, but also it could be perfectly nice. We headed up to the lake WITH the inflatable SUP this time, just in case. And I’m so glad we did because it was a stunning day for a SUP on the north shore.

We put in at King’s Beach boat ramp and paddled down past Speedboat beach. We’ve had a heck of a time identifying which beach it actually is, because the lake levels are so much higher than they were in the book we’d been referencing to find it!

It was a nice spot to take a break because momma was SUPing very slowly to get lots of pictures with the rocks, she loves looking at all the rocks underneath the SUP and this particular paddle is really good for seeing lots of them, especially as you cross the state line into Nevada. 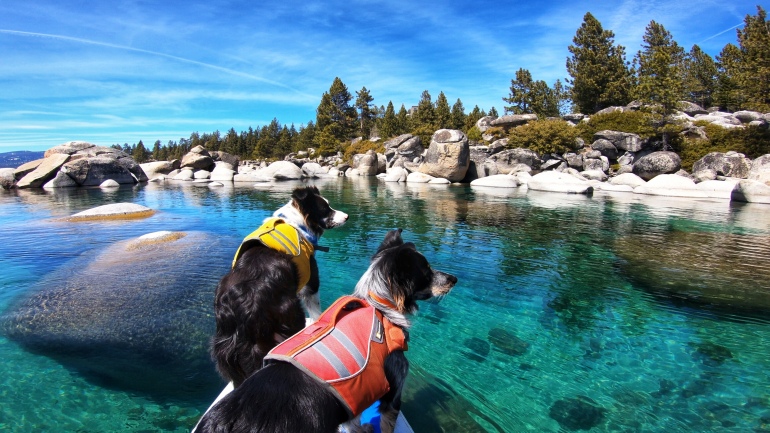 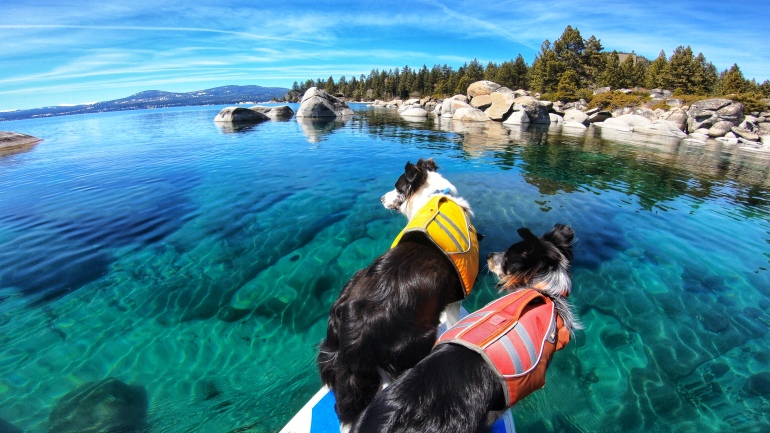 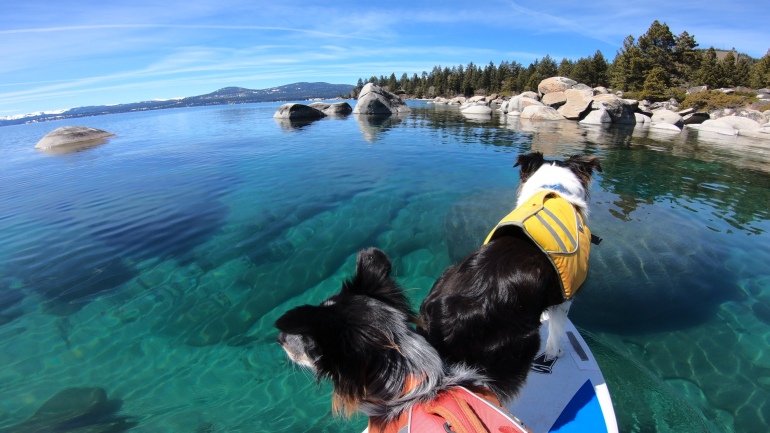 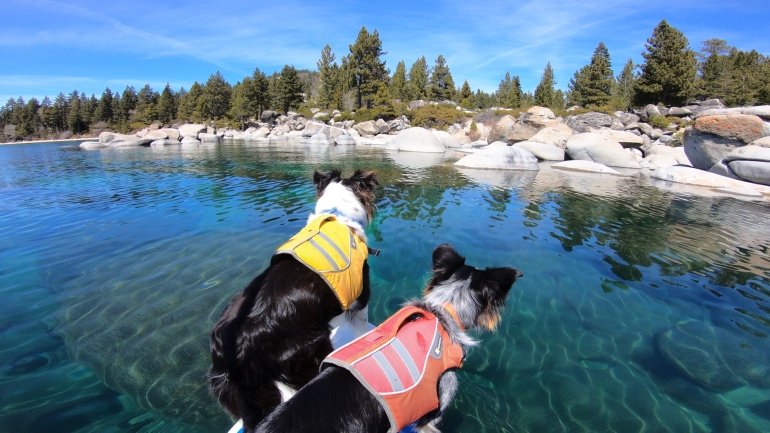 We’d already done this “leg” before, but it is one of momma’s favorite sections of the lake, and is probably the easiest one for us to access, so a total win-win.

Even Lolo had a fun time, which isn’t always the case! But it was a relatively short SUP, it’s not super far to get to Nevada and back from King’s Beach, and momma kept promising us a hike afterwards (which we did up in Truckee!). 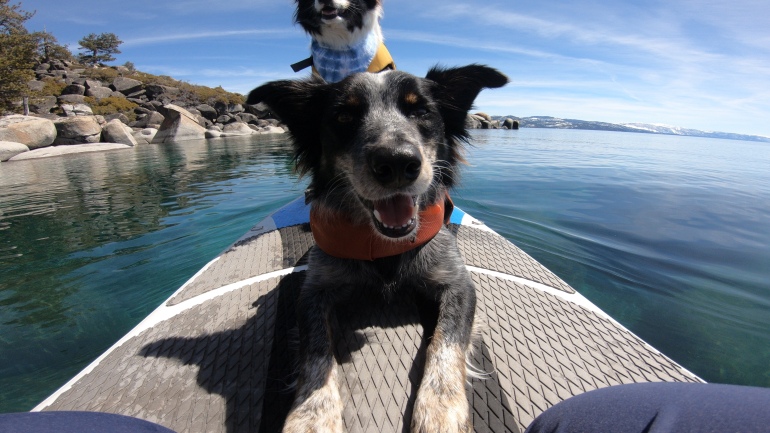 Just another pretty day at our favorite place in the world! 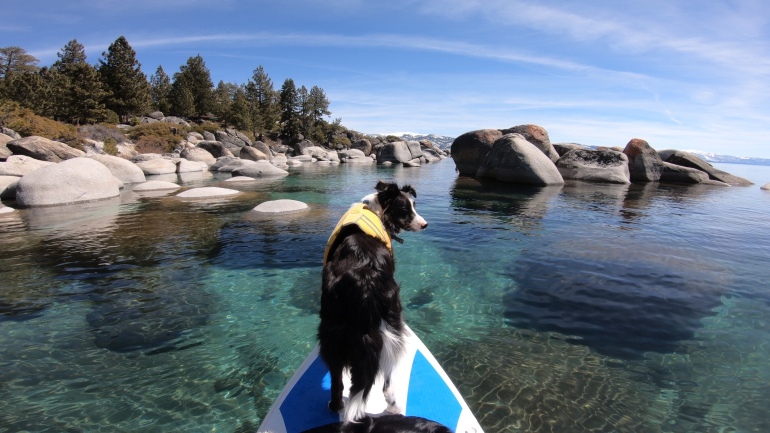