This past weekend we went camping in Lake Tahoe and momma saw an opportunity to potentially finish the last few legs of our Tour de Tahoe. One of the sections we needed to do was on the south shore and not very long. 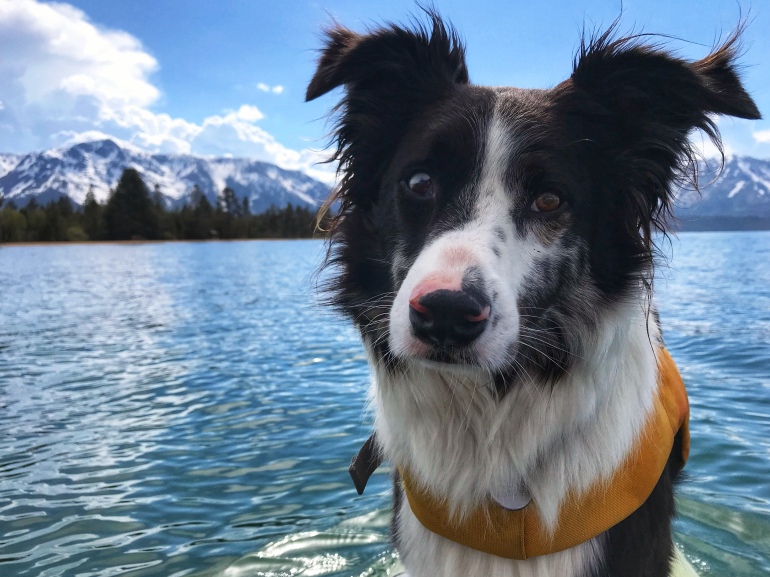 The weather had been pretty iffy for the past few weeks up here, with lots of nice morning weather followed by sporadic afternoon thunderstorms. We were able to leave Davis around lunchtime on Friday, so we headed up with our paddling stuff on top of the camping stuff just in case we could get this section done since it really wasn’t too far out of our way to get to camp. 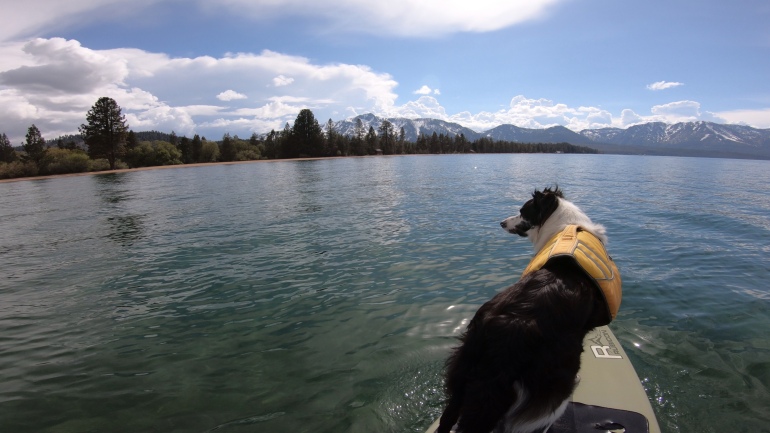 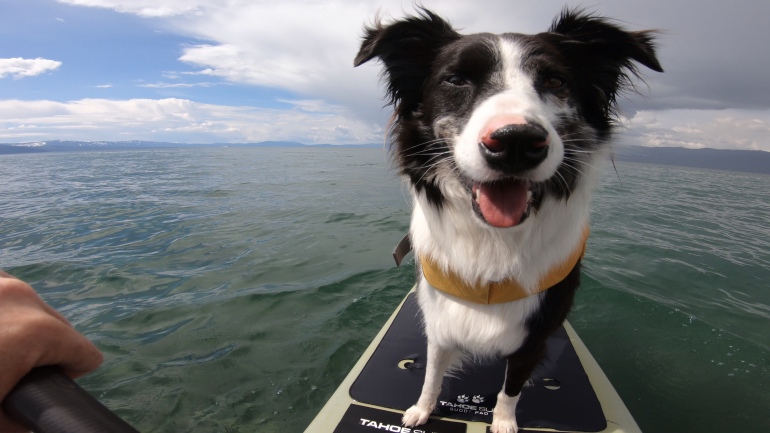 Our starting location was Kiva beach, which was the site we launched from last spring to paddle all of Emerald Bay. I remember that day well, and oh what was a HUGE day it was with Lolo, especially because we paddled from there before the gates were open for the season so momma had to lug the paddleboard all the way from the highway. And our SUP weighs about 800 lbs (according to her).

Anyways, Kiva beach is now open for the season – I think they normally open around Memorial Day. So we drove in and had plenty of parking and a good place for daddy and Lolo to hang out and swim while they waited for us to paddle out to our turnaround point and back. The weather at Kiva beach was sunny and nice, without thunderclouds building in the area. It was a bit grayer to the east, but there was no cell service for momma to figure out which way the afternoon storms were building or moving, so we just decided to take a chance since the distance was not going to be very far anyways.

When we first put in it was a bit windy, and so momma paddled until Camp Richardson on her knees just to make sure we didn’t start off this section with an unexpected swim. Past Camp Richardson our angle changed and the wind let up almost completely so she could stand for the rest of the paddle.

We really did not take any pictures until we got to our turnaround point, which was the Truckee Marsh area past the Tahoe Keys neighborhood. We had paddled last May from Nevada Beach all the way to the Truckee Marsh area, and this Friday when we got there it was just in time because the clouds broken open and it started raining on us.

Momma got a little worried that we were going to get stuck in a storm, but we were able to paddle ahead of the rain after just a few minutes and because the skies were open and blue ahead of us, she relaxed a lot more and finally began to enjoy the paddle (and finally take pictures, which as you will notice are all of Mount Tallac!). 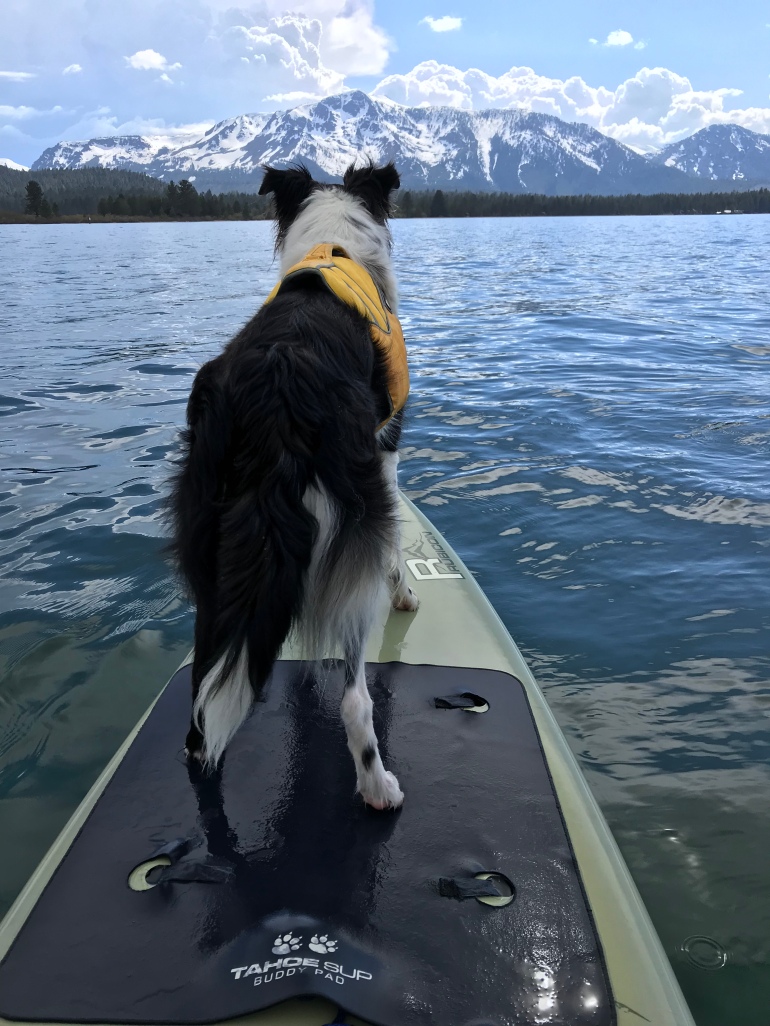 And anyways, to be honest the views going back to our put-in at Kiva Beach are far better than those looking into the Tahoe Keys and South Lake Tahoe. Although we did paddle along Pope Beach for a long time too and it looks pretty, since it’s not dog friendly we stayed off shore to better position ourselves for the boat chop.

We don’t normally SUP in the afternoon in the springtime, so we had to deal with some boats waking us and other boats with what seemed like really drunk people hollering at us. All in all, you couldn’t deter us from feeling fantastic about finishing up this section of our Tour de Tahoe though!