We took a look at a new trail system in Truckee this week, as we headed up to Tahoe on Tuesday for a hike or a #tahoetuesday type of outing as momma likes to say.

We were not surprised to find no snow at the Sawtooth Loop trailhead, as the elevation of our hike was around 6,500 and in Truckee this year that = brown in the middle of January, which is a total bummer because where we just moved from in North Carolina has gotten a lot of snow this year! Go figure. 🙃

There is actually supposed to be a snow system moving in tonight and Friday, but there was also supposed to be one last week that had the promise of major snow too, and it kind of was a bust so honestly, we aren’t holding onto too much hope. That way we can be gloriously surprised if something happens and some real snow actually falls! 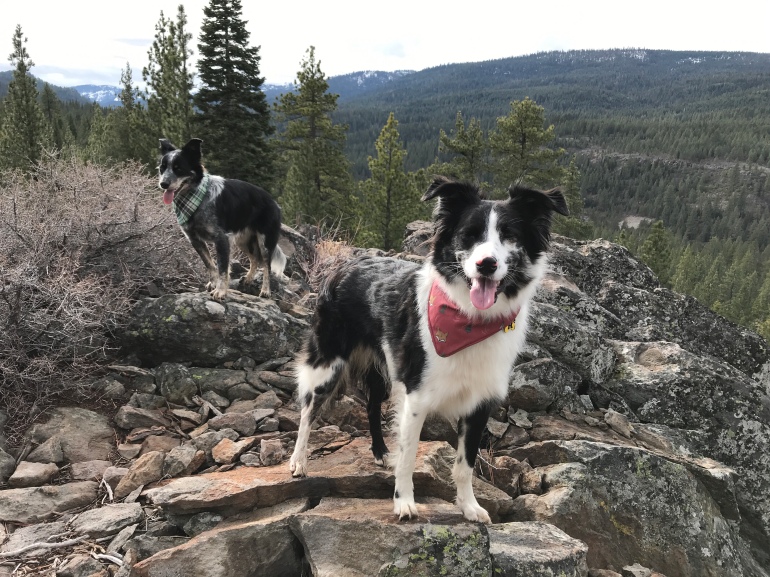 Momma found the trailhead with no trouble and we started off on our loop. It looked a like there was a lot of mountain bike traffic on it since there were lots of tracks in the mud and some of the pines we went through reminded me of a lot of the single track momma and I used to ride out in North Carolina! 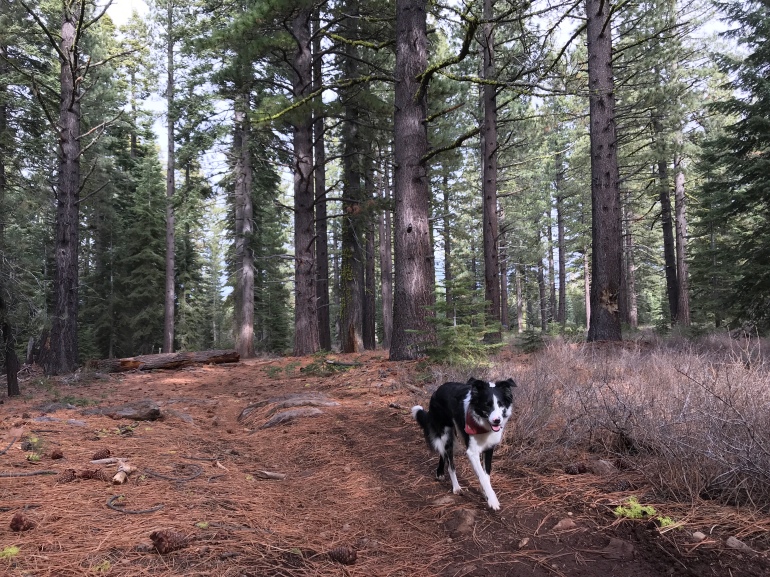 Lolo and I had nosework class back in Davis on Tuesday evening, so momma was making sure we kept a good pace as the plan was to do a loop. She was worried about getting caught in Sacramento rush-hour traffic and then being late to class! There were a lot of trails that would weave in and out – and fire roads from our loop – so it was actually really fun for us to not do our usual routine which is an out and back (how lots of the trails here are structured for hiking!).

The Lokers and I had a pretty fun time running around and sniffing out critters, which is really all we care about doing on a hike unless it is summertime and there is swimming involved. Many parts of the trail we were following were “sewn in” because of the steep and dense brush on the sides, but in some places we did have a lot more space to roam where we could also keep a close eye on momma. 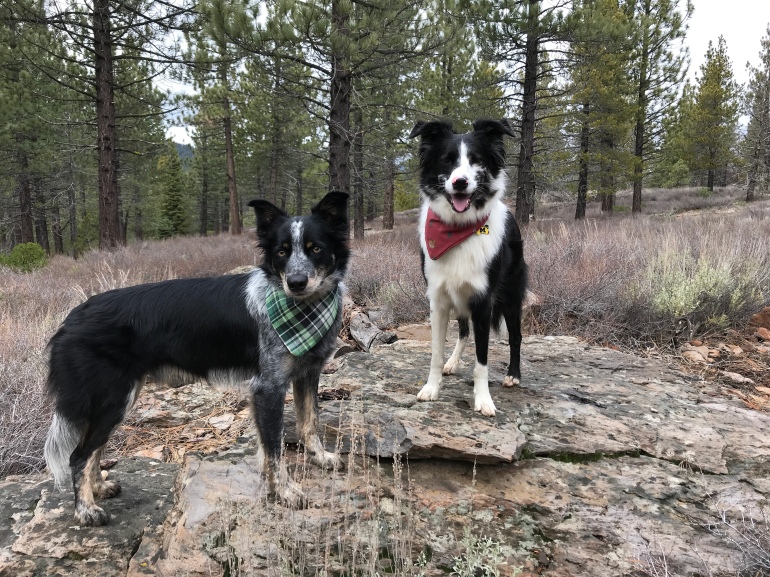 Momma ended up cutting a mile off the hike so we only did 9.5 miles by short-cutting on fire roads and such (which we also like because we can roam a lot more easily), and we ended the hike by playing with a couple of dogs we met up with. We did see plenty of canines out on the trail, which is always a bonus because then momma doesn’t worry as much about running into those weird people that think dogs don’t belong out on THEIR trails. All the dogs we saw were either hiking, biking or running with their owners, which is exactly what we love to see!

This would probably be a really fun trail system for snowshoeing if there was ever enough snow that low to do it, something we will definitely keep in mind if winter ever decides to come to Tahoe this year!!

Loki says “where is the snow?!”