We are starting to have some proper winter weather here in California, which means rain here in the Central Valley. Unfortunately, it hasn’t been cold enough in Tahoe for that rain to be snow except at some very, very high peaks at the ski resorts, so the other day when it was still supposed to rain a bit momma decided to try out an East Bay Regional Park where Lolo and I would be legally OK off leash! She read about this particular park on the dogtrekker.com website, which is a great source of information for people like us who want to explore and have fun!! 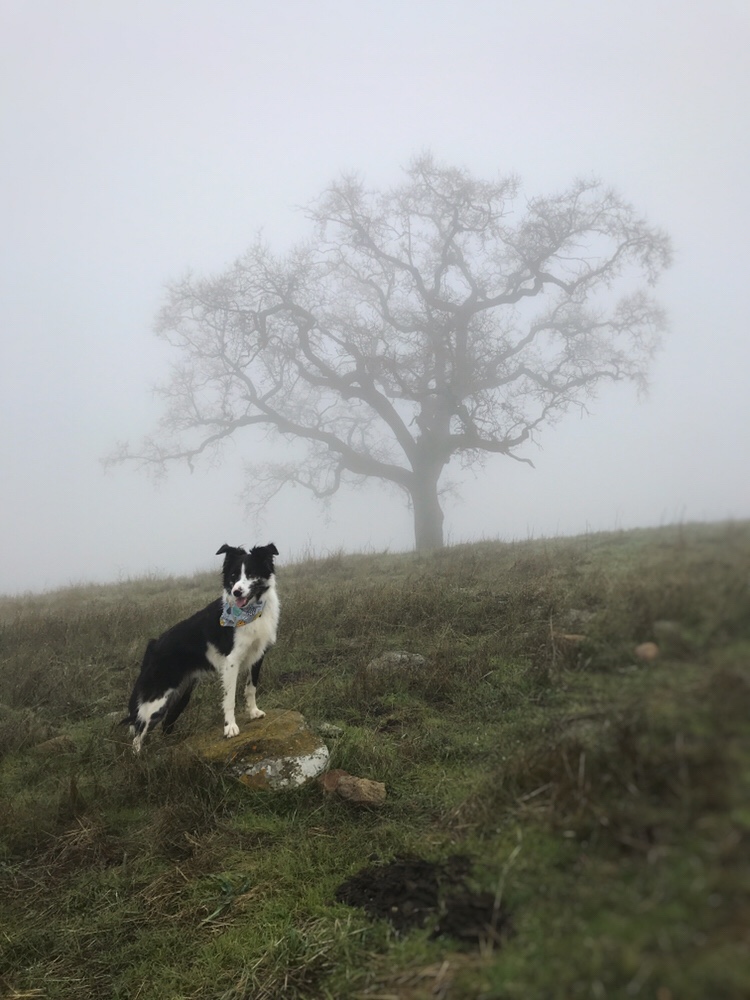 All in all, we have been trying to explore a bit more in the Bay Area during the winter because the temperatures are very nice (and not so hot like summer) and it is sometimes too cold for real Californians to be out and about like they are during the warmer months!

It was a total surprise to Lolo and I to go to this park, but it was a wonderful nearly 7-mile loop that had as much elevation gain as some of our Tahoe hikes! It was a hike called Pleasanton Ridge and it was supposed to have really nice views from the ridge line down into the Bay Area. But we have no idea if that was true or not because it was SO FOGGY!

It was so foggy that momma couldn’t hardly see us at times if we were only five feet in front of her! It was a nice, wide trail so it wasn’t like we were going to get lost. But there are free-range cattle out in this park, so we’d be walking along and then BOOM, cattle right on the trail. And believe me these cattle do not want to move for you. So we have to make sure to get out of the way of them! And unlike the free-range cattle in Tahoe, these cows do not have loud bells on so with the fog we really had to pay attention so we didn’t come up and startle them.

We were able to see a pretty olive grove, but not a lot else. It is nice that things here in Northern California are turning green, because since we arrived in July almost everything was brown the whole time. And of course it doesn’t ever rain until wintertime here, so brown it is until now. We had a grand time though exploring the fields and sniffing around. Momma was certain we would be coming home covered in ticks, but only found a few, which she was thrilled with. We also perfectly timed the drive to not hit traffic coming OR going! 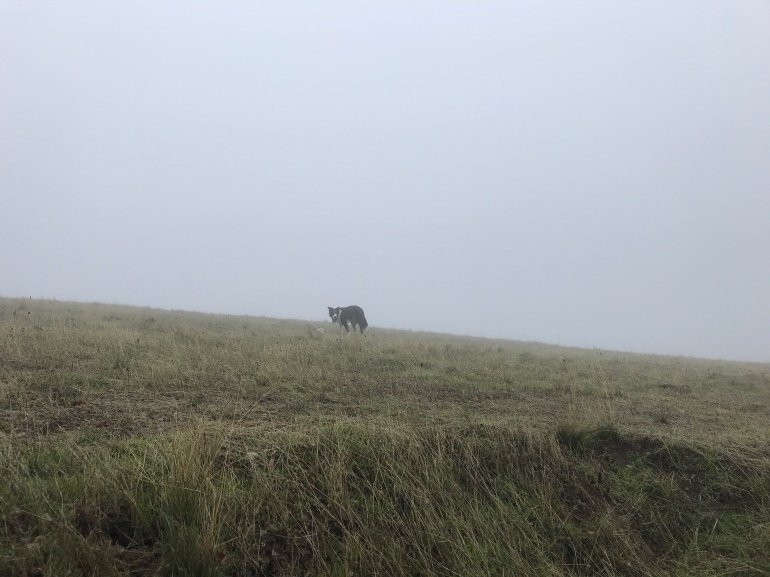 Momma didn’t get many pictures because, well, there wasn’t a lot to take pictures of except fog! But, it was a great opportunity for Lolo and I to stretch our legs and do some off-leash adventuring in a new place, which is something we always look forward to and appreciate! 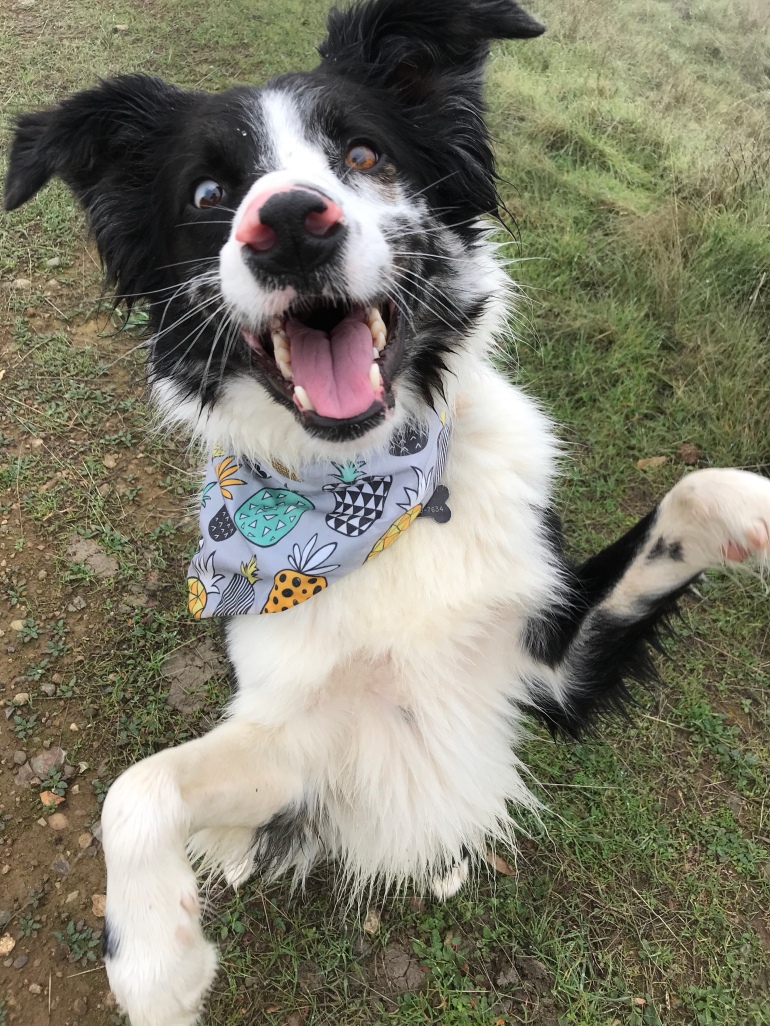